Chronometers
Trough the 50s and the 60s watchmakers were competing to make the most precise watch movement. To make the competition fair, all testing was done at observatories. Neuchatel Observatory, Geneva Observatory, Besancon Observatory, and Kew Observatory were examples of observatories that certified the accuracy of mechanical timepieces.

The testing process lasted for days (typically 45 days). Each movement was tested in 5 positions and at 2 temperatures, in 10 series of 4 or 5 days each. The tolerances for error were much finer than the COSC standard. Movements that passed the stringent tests were issued a certification from the observatory called “Bulletin de Marche”. The Bulletin de Marche stated the testing criteria, and the result for that specific movement. A movement with a Bulletin de Marche from an observatory became known as an Observatory Chronometer, and such were issued a chronometer reference number by the Observatory.

30B
During the 50s and 60s, Longines used various movements of a diameter of 30 mm to comply with the testing standards for wristwatches. One of these movements was the famous caliber 30B. The first 30B was made in 1952. The balance in the 30B is 15,3 mm, and takes more than 50% of the movements diameter. To fit this large balance they moved the center wheel, off center!

The movements diameter of 30 mm and a Height of 5 mm is the maximum permissible sizes in order to participate in competitions. It is rhodium-plated hunter Eubauche, (bottom plate and 5 bridges), chatoned, ground,has 21 jewels, Guillaume gold screw compensation balance and a blued balance spring with two terminal curves. Balance beats at 18.000 vph. Add an very small escape wheel and pallet for low inertia and end jewels for escape wheel and pallet! In sum, this construction bears the signature of a fine cooperation of the regulator and designers to achieve a maximum result for this watch.

My Longines 30B was made for, and entered a competition in the Neuchâtel Observatory, in 1961. It was adjusted by Régleur F. Wenger of Saint-Imier.

Very few movements were ever given the attention and manufacturing level necessary to pass the observatory standards. Only so many observatory chronometers was made. Most observatory chronometers had movements so specialized to accuracy that they could never withstand being used as wristwatches in normal usage. They were useful only for accuracy competitions, and were never sold to the public. At some point this movement was sold and later converted to fit in a wristwatch case.

Images open in new window if you click them. 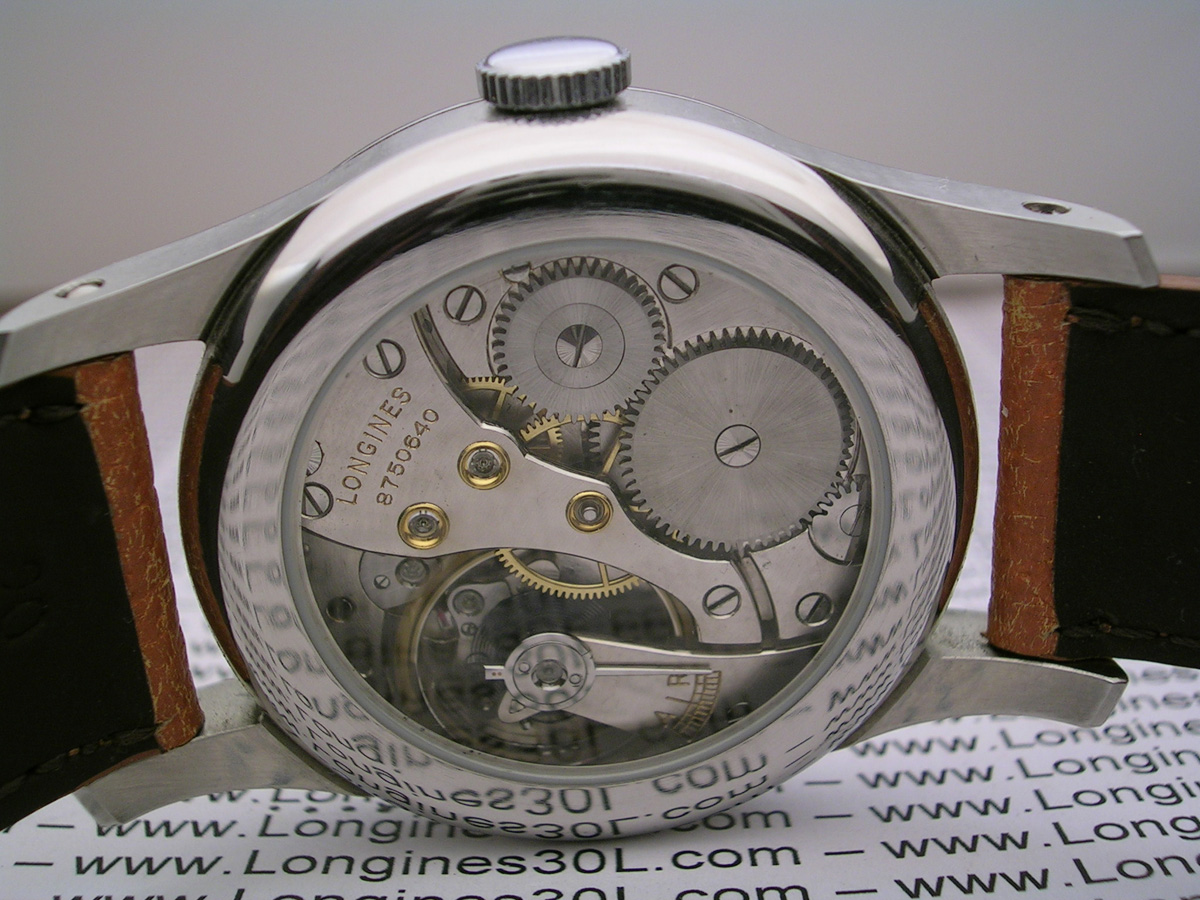 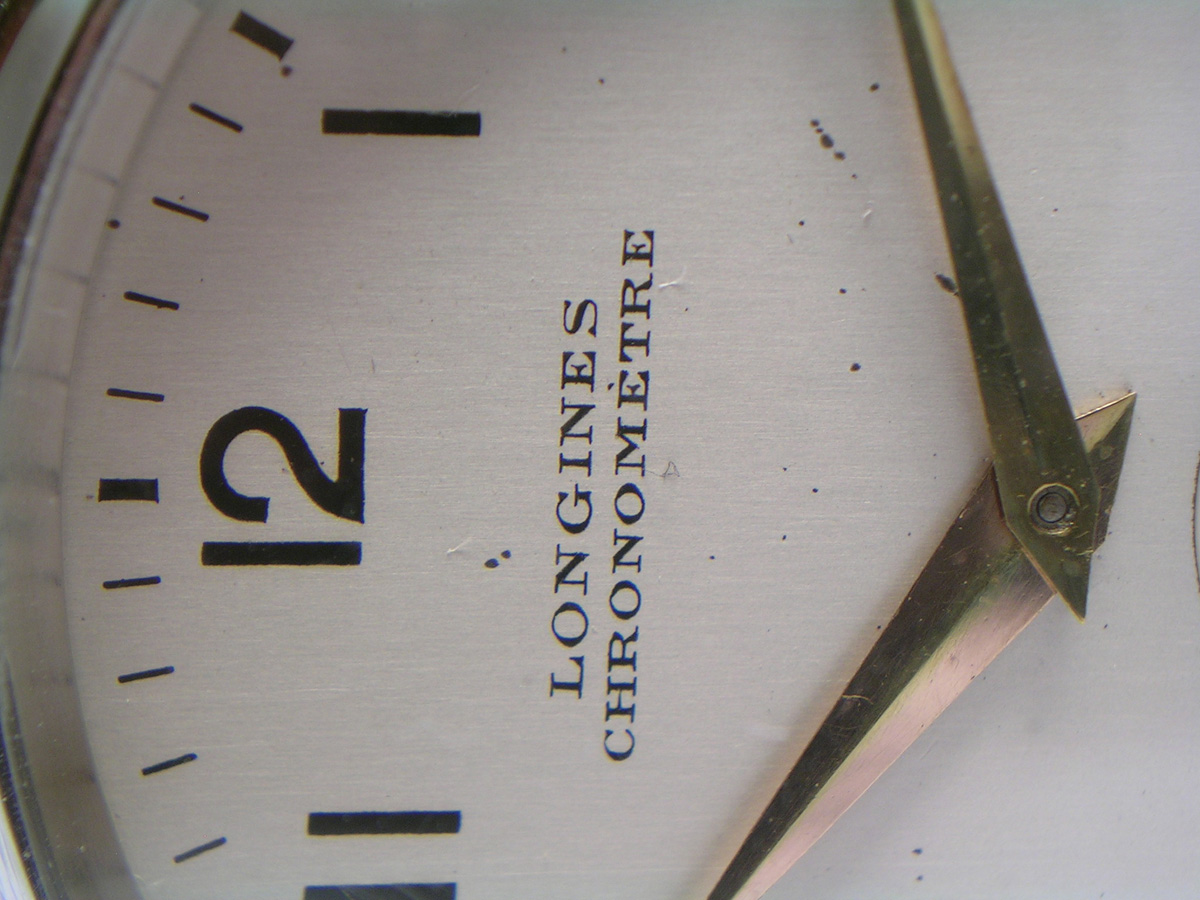 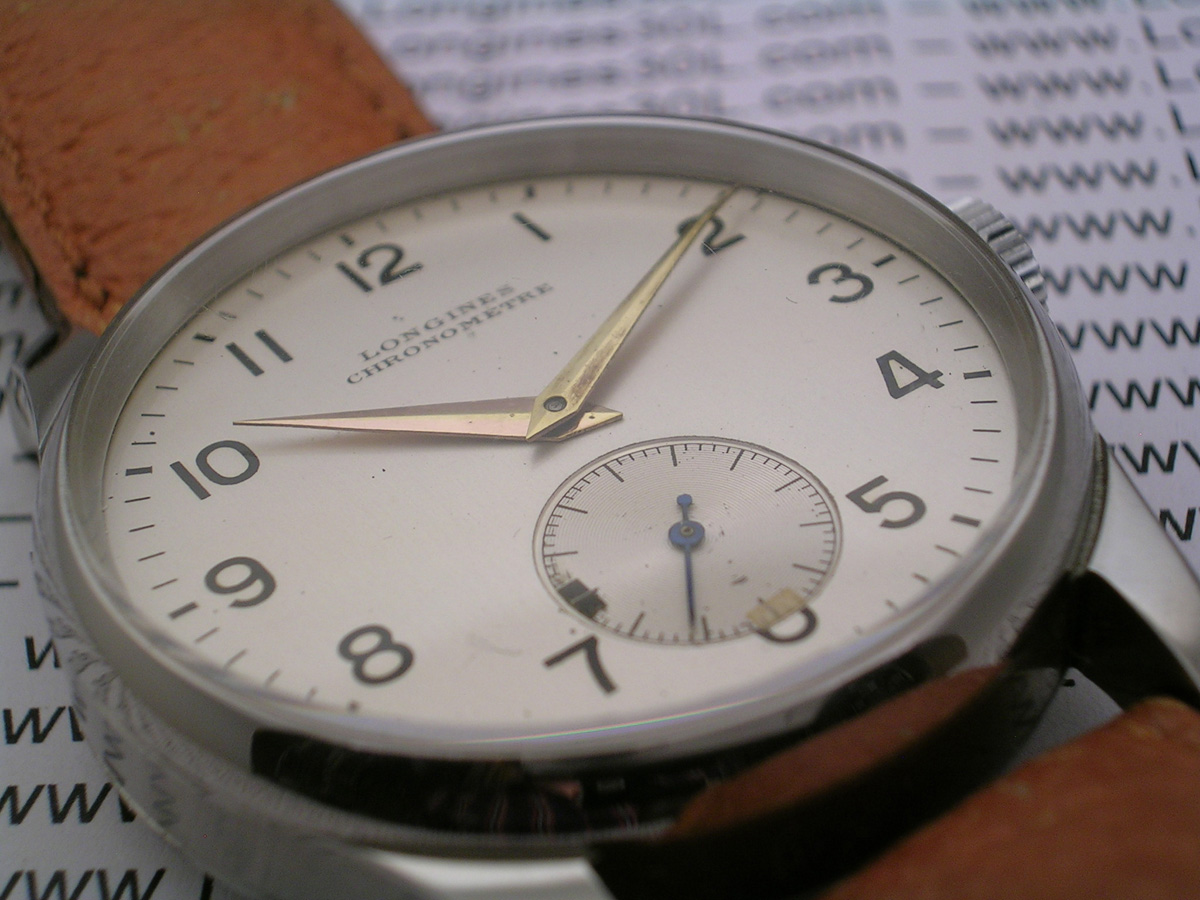 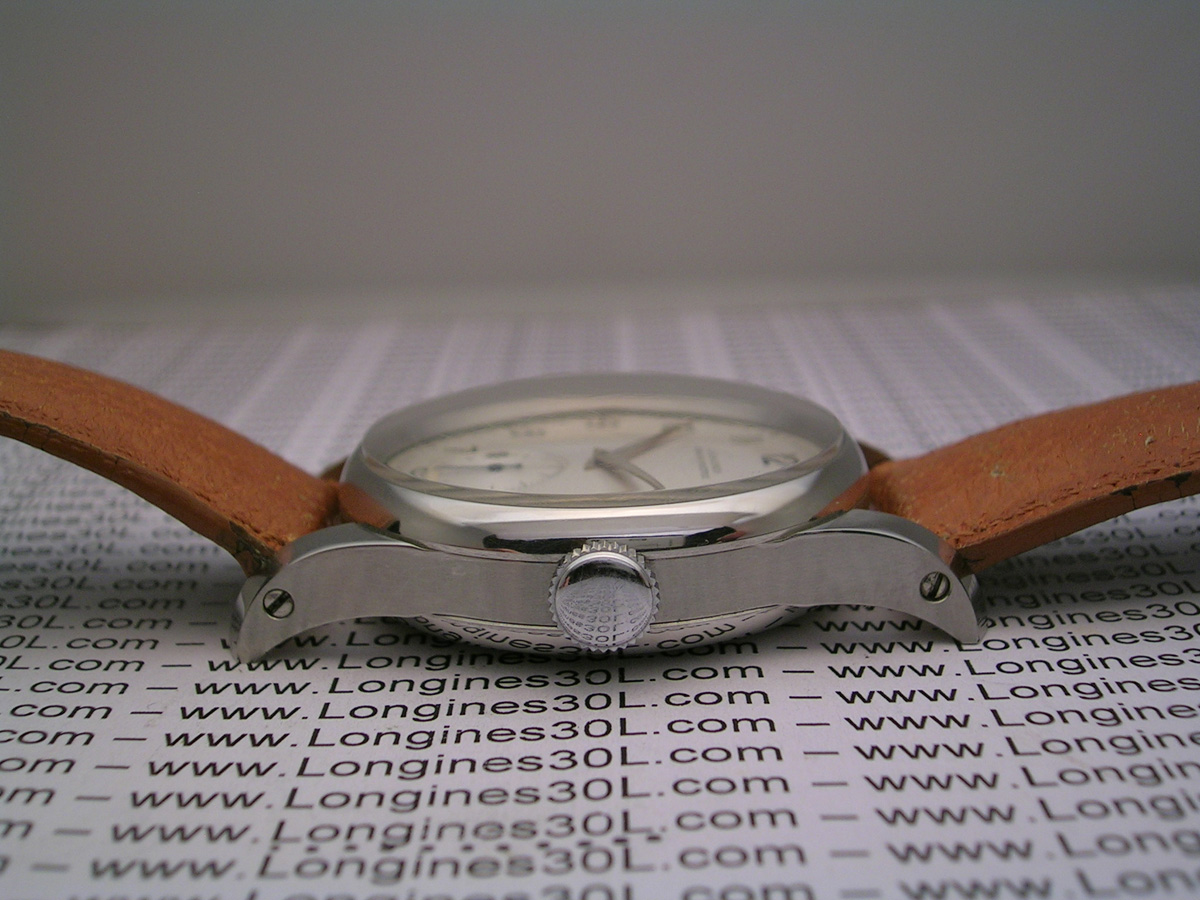 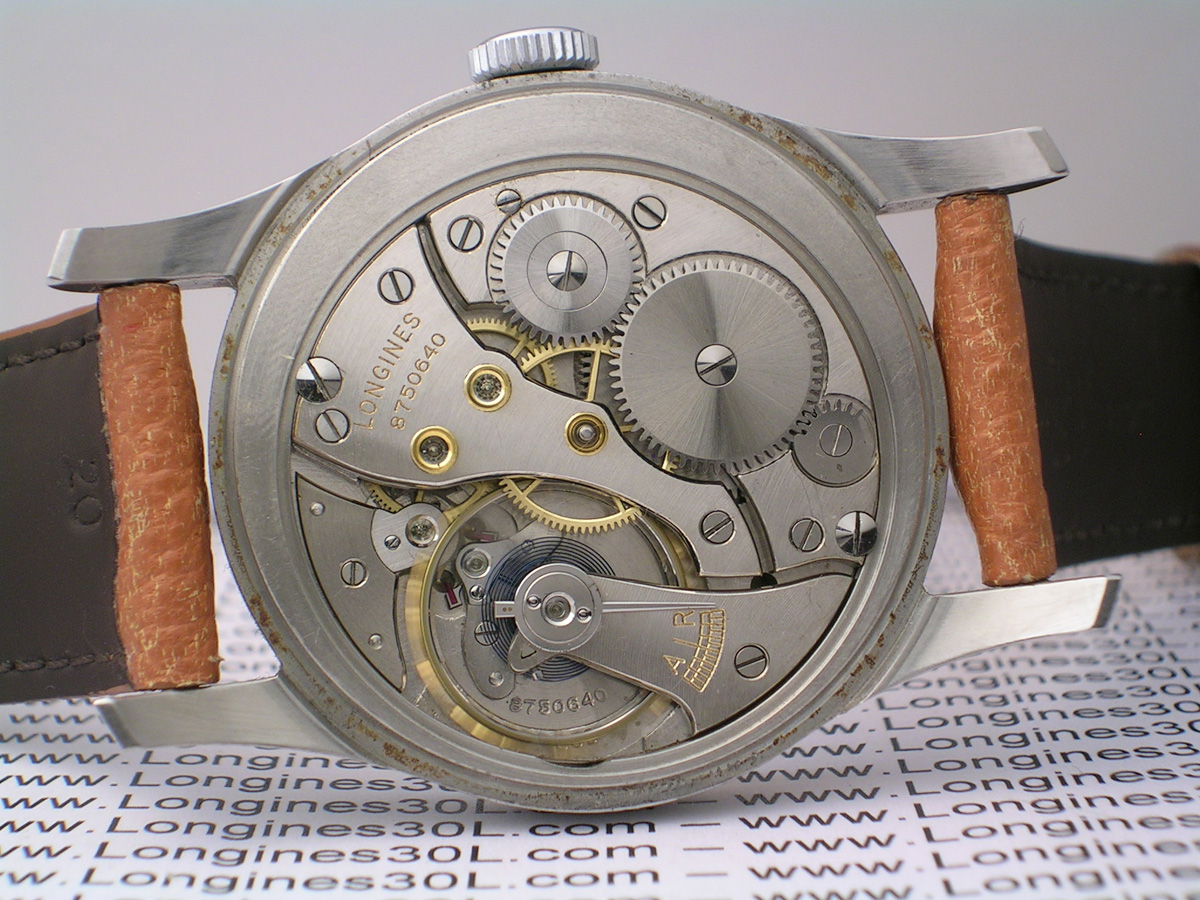 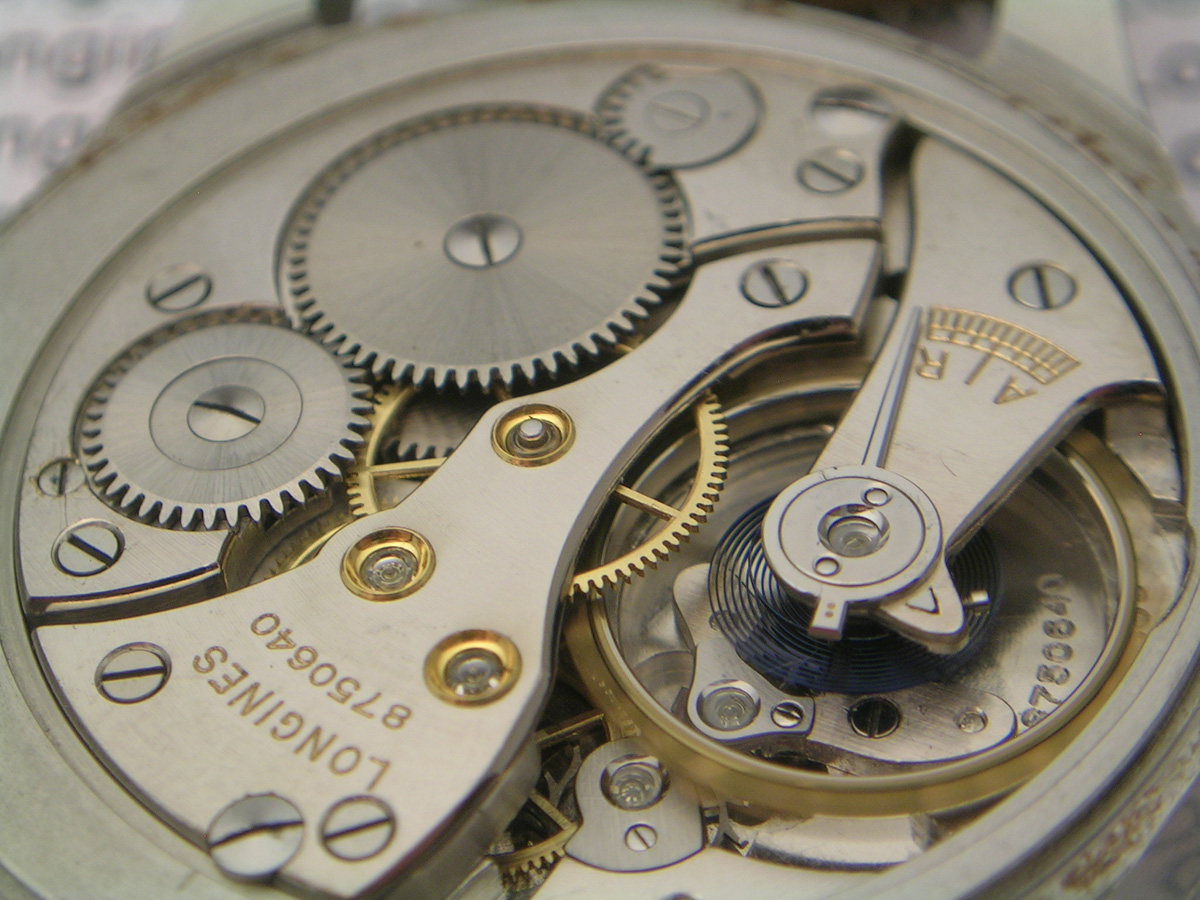 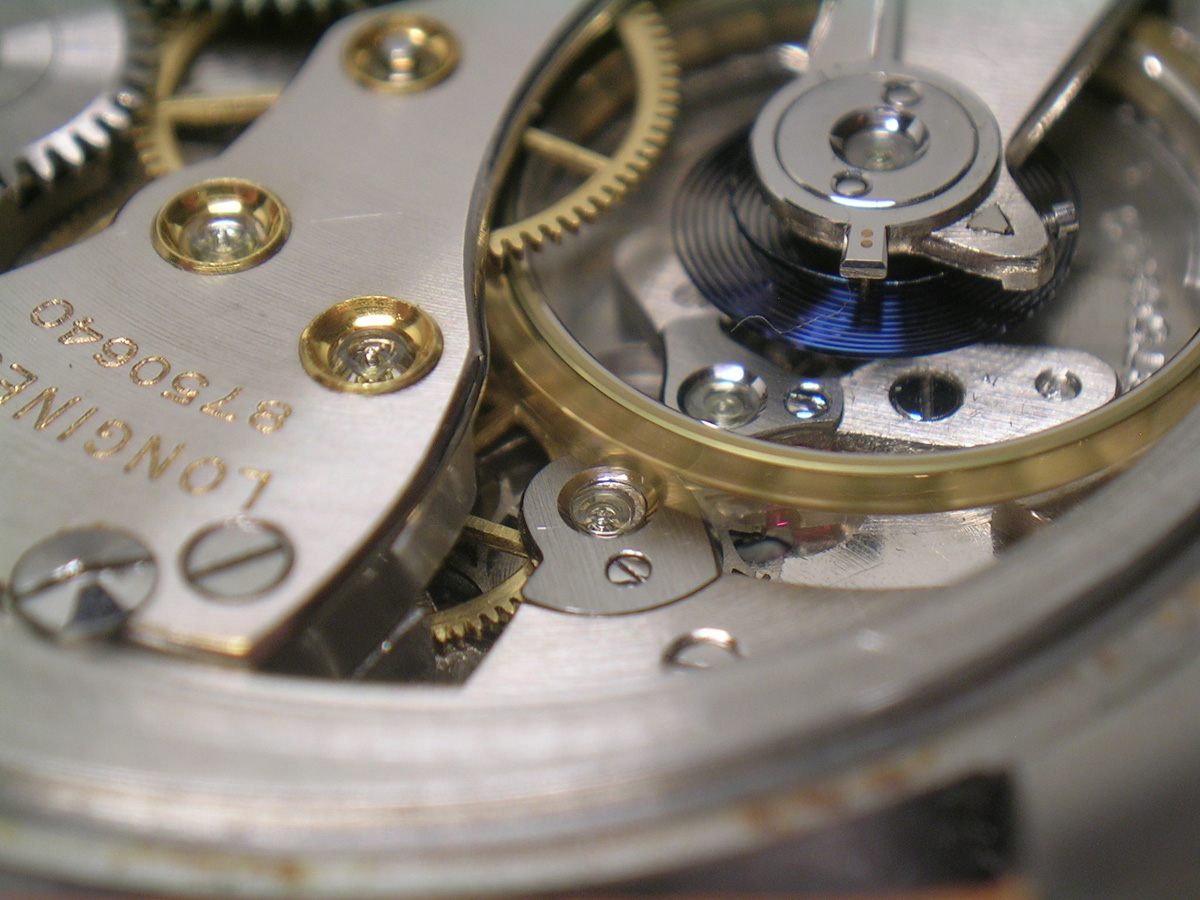